It's been many years since I had been on Madeline Island in the winter time. Driving on the ice road from Bayfield, Wisconsin,  to the island is an experience in itself. Not every winter Lake Superior freezes up enough that you can drive on the ice.

When I heard that the ice road was accessible I had to go!

A week ago (March 12. 2022) we made a trip up north - it was a chilly March day and when we arrived on Madeline Island's Big Bay State Park the wind was relentless! But the sights and sounds of the moving ice (and wind) was worth all the effort.

We walked the trail along the sandstone bluffs which of course were all covered with snow and ice and looked like some ice castles or creatures, with icicles hanging on the sides. I was so glad we went for this outing just in time before the warmer temperatures arrived. It was the perfect ending of a long but beautiful winter in the north country. We still have a lot of snow on the ground but it is melting fast and spring is coming!

Information I found on the web about Big Bay State Park: On the eastern side of Madeline Island, the largest of the Apostle Islands archipelago, Big Bay State Park features picturesque sandstone bluffs along 4 miles of Lake Superior shoreline. The park also has a 1-mile boardwalk, sandy swimming beach, hiking trails, large family campground and two group camps. A short ferry ride from Bayfield to Madeline Island is needed to reach the park.

Enjoy the photos and thanks for viewing. Susanne 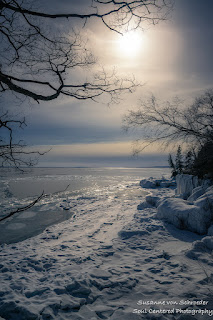 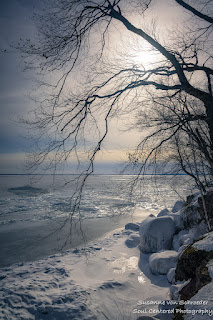 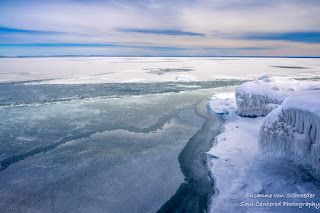 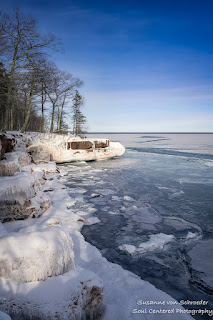 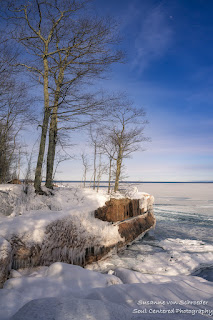 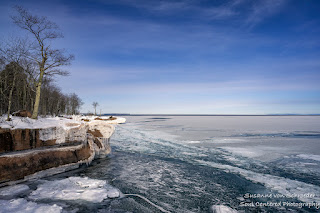 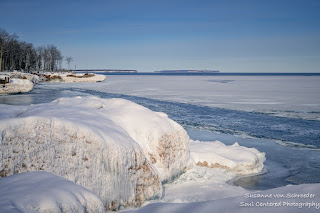 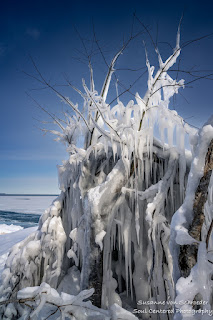 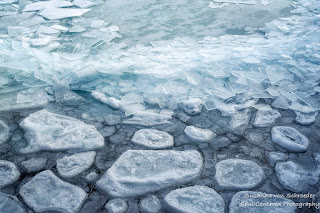 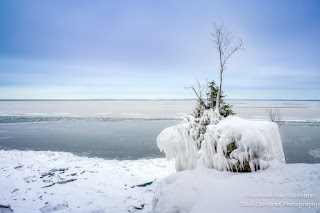 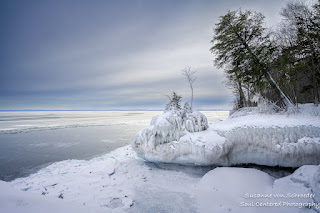 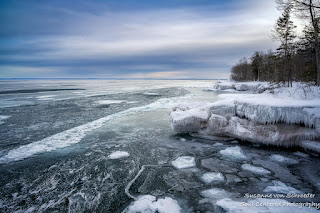 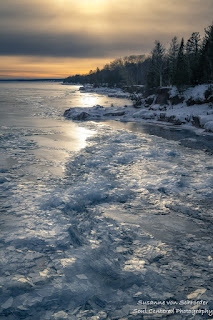 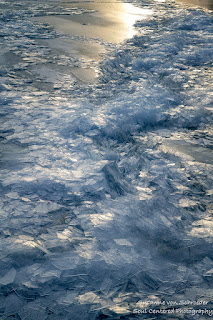 Posted by Soul Centered Photography at 6:57 AM