2016 was quite the year. As I looked back at the best photos I decided to choose 14 as they are all a bit different and tell a story that I like to remember. So here they are in chronological order.
Enjoy, and a Happy New Year.
Susanne 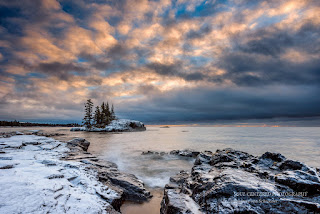 Early January at the north shore of Lake Superior near Grand Marais. There was not much ice to be found but the soft hue of these morning clouds made up for it. 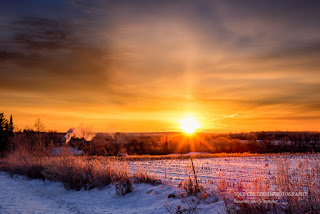 Sunrise on a very cold February morning not too far from home. North of Bruce, Wisconsin on Cty Rd. H 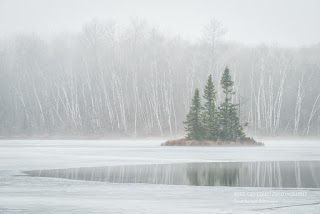 The ice started to break up in mid March. This scene greeted me at Audie Lake on a foggy, calm morning; Blue Hills, Wisconsin. I think this is my number one favorite of 2016. 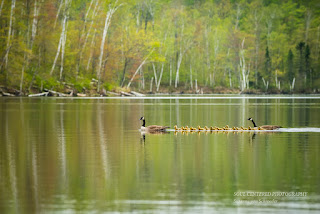 Spring is a busy time for me with greenhouse work but I was able to get out to photograph a few times. I watched this goose family for a while at Audie Lake and counted 19 goslings!! The parents did a great job keeping them in line. 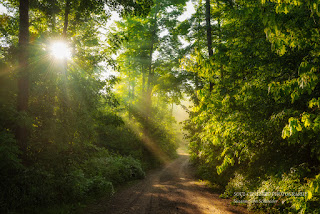 Foggy mornings are a photographers dream but they don't happen too often in my area. This was unusual for being it in June and I was able to capture the sun rays right down my drive way. 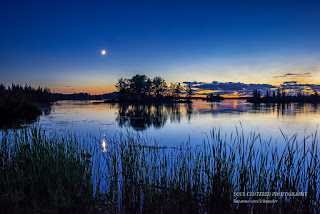 Summer night at the Chippewa Flowage in northern Wisconsin. The first stars and half moon appeared with the last of the sunset colors. I was hoping to hear some loons but instead people were out there in boats and listening to loud music - go figure!! Eventually they disappeared and I was able to enjoy the sounds of nature.

Bill and I travelled to New Mexico end of August and stopped at the Badlands of South Dakota. Out of the many Buffalo photos I took this turned out to be my favorite with the warm glow of the setting sun. 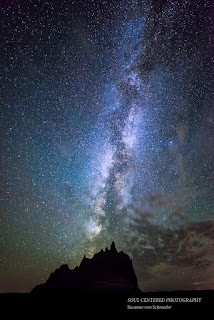 On our way back home in early September we stopped again at the Badlands. I was determined to get a Milky Way image on this trip. This was the last chance. Clouds started to move in and the moon was rising. This is certainly not a master piece but it was a beautiful night under the stars. 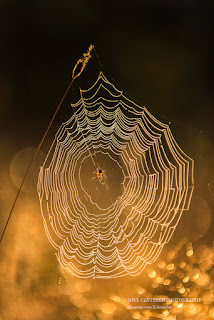 Fall is my favorite season but this year we had a late and very short fall. I managed to get out only once to capture some spider webs with morning dew and golden light. 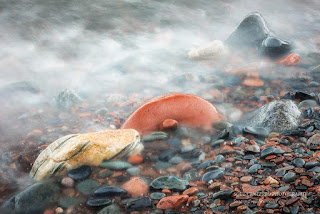 Early October we spent 2-3 days at Lake Superior. This long exposure of the rocks and water was my favorite from that trip. 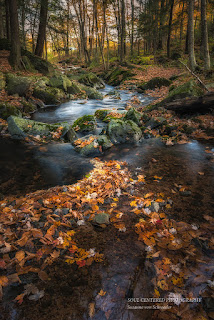 My favorite creek in the Blue Hills. I have many, many photos from that location but this one is very different. I liked the way how the leaves arranged themselves and are pointing down the stream. 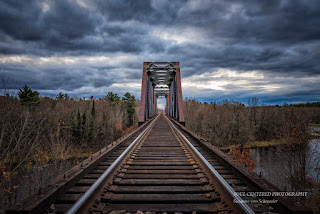 We had many cloudy and dreary days in late fall. This image of a railroad trestle across the Chippewa River captured that mood very well. 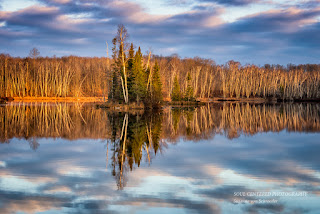 Mid November morning at Audie Lake. I watched how the light of the rising sun moved across the water and started to light up the trees. Shortly after clouds moved in and turned off the magical light. 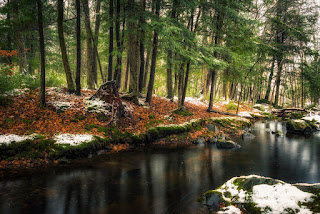 Our first good snow fall came end of November but the snow melted quickly. Hemlock trees at my favorite creek in the Blue Hills.

Posted by Soul Centered Photography at 11:54 AM